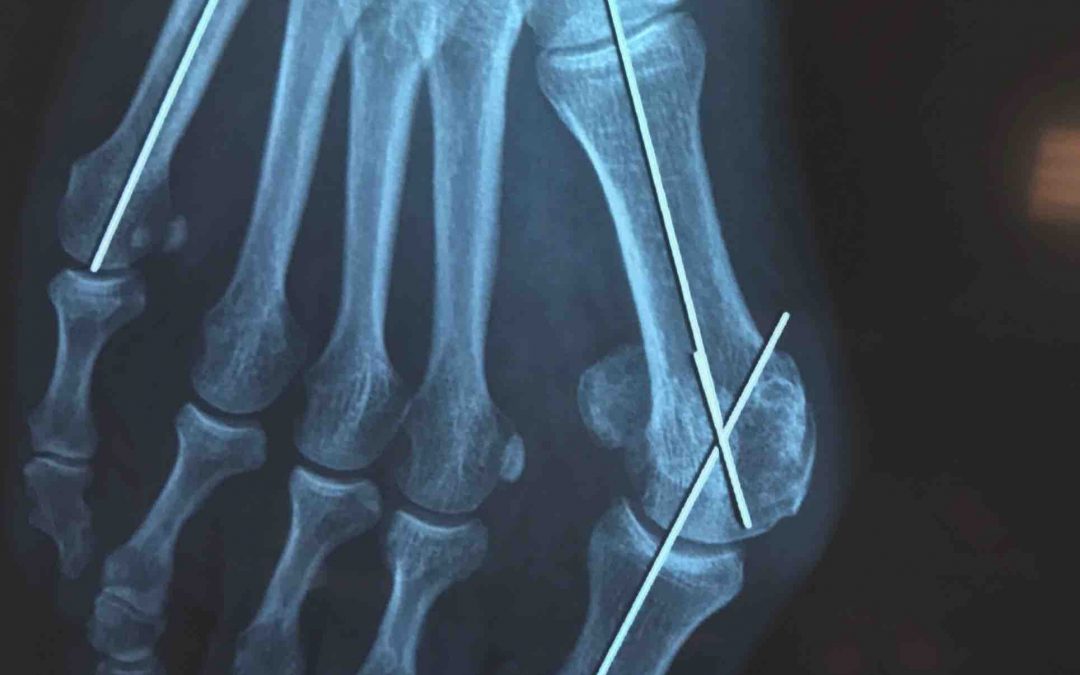 What causes Bunions and how common are they

Bunions are common. Very common. If you were to take a look at all of your friends and family members’ feet, the odds are that you will notice many ‘bunions’. Before you rush out and ask aunty Betsy to remove her shoes, let’s take a look at just how common bunions are, and what are the main causes of this condition.

The origin of the term ‘bunion’ likely dates back to the early 18th century, from East Anglican Dialect. This is likely to have originated from ‘bunny’ or ‘boni’ used to describe a swelling or tumour in middle English times.  Presently, the term ‘bunion’ refers to a bony deformity at the base of the big toe, where the big toe angulates towards the little toes.

While it is difficult to know the exact prevalence of bunions in the community, several systematic reviews have come up with educated estimates based on gender and age. A recent survey in the UK suggests that 28.4% of the total adult population have bunions. With around 75% of Australia’s population over the age of 18, this means that there are likely over 5 million people around Australia affected by bunions. When we take a closer look at different age groups and genders, two patterns emerge. Bunions are more common in females (At least twice as common and many estimates are much higher), and there is a progressive increase in prevalence as one’s age increases. So now we know how common bunions are in the community, but what causes them?

While the exact cause of a bunion is largely unknown, there are certainly several predisposing factors that are seen time and time again. The most common of these is that bunions are known to run in families. If you yourself have bunions, then the chances are that one of your parents (most likely your mum) or grandparents also had this condition. While genetics don’t account for the whole story, the history is often there if one goes searching for it.

The rate of progression of one’s bunion deformity can be variable. Some bunions remain stable for many years, while others have bunions that worsen rapidly. As the bunion progresses it may lead to the development of arthritis within the base of the big toe (1st metatarsophalangeal joint), and the big toe can deviate ‘laterally’ resulting in permanent issues with the 2nd and lesser toes. Some forms of arthritis, such as rheumatoid arthritis, can actually lead to the development of a bunion deformity also. These discussions can lead to the ‘chicken or the egg’ theory.

It has been a long held belief that bunions are seen in people that wear ill-fitting (too tight) shoes. While this statement remains controversial, let’s take a look at some of the ‘evidence’ that this was based on. In the early 1960’s, a local doctor living on St Helens (A small island in the South Atlantic Ocean), looked at the prevalence of bunions amongst their population. Give that a large portion of the inhabitants did not wear shoes, the results were very interesting. Bunions were still found in non-shoe wearers; however the prevalence was only 2%. This increased for each decade of life that one wore shoes, to a nearly 50% incidence for women who had worn shoes for more than 60 years.

It is likely that tight shoes alone will not cause bunions to occur. However, in a person who is predisposed to developing bunions (i.e those with a strong family history), then tight footwear may play a contributing role, and will likely worsen the severity of any existing deformity.

As you can see, bunions are a common issue in our community. They are more often seen in women and often have a hereditary origin. While a direct link to tight shoes may be difficult to prove, an association with severity is likely present.

END_OF_DOCUMENT_TOKEN_TO_BE_REPLACED

Facebook instagramRecently we held a competition on our Facebook page. Some of the fantastic businesses that were highlighted are people that we have had the pleasure of meeting, or even treating over the past few years. In this case, our competition was viewed on our...

END_OF_DOCUMENT_TOKEN_TO_BE_REPLACED

Facebook Recently we held a competition on our Facebook page. Some of the fantastic businesses that were highlighted are people that we have had the pleasure of meeting, or even treating over the past few years. Our mission with these business profiles are to...